who will we be hosting this year? We cannot wait to share!

It is the mission of the New Paltz Ballet Theatre to provide opportunities for local young dancers to learn form seasoned professionals of the dance world without having them travel outside the area.  Towards this goal we  sponsor Master Classes at the Theatre’s official school the New Paltz School of Ballet.   In the first half of 2014 we had three Master Classes, plus a Teaches’ workshop.  The guest teachers are well known in the dancing community, as well as rising stars.

Garielle Whittle  taught a master class and a teachers workshop on April 6, 2014.

Garrielle Whittle,  began her ballet training at the age of 11 in Miami.  In 1967 she attended the School of American Ballet (SAB) summer course and was invited by George Balanchine to join the New York City Ballet in 1969.  She was a ballerina until 1983, when she became the Children’s ballet Mistress of New York City Ballet until 2012.  She was faculty of the School of American Ballet from 1983 until 2012.

Daniel Ulbricht, principle dancer with the New York City Ballet.  He is founder and director of the company known as Stars of American Ballet,with a repertory designed to showcase the artistic excellence and versatility of American dancers. Its mission has grown to not only include excellence in performance and programming, but also to present 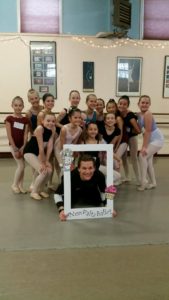 ballet to under served areas, making it both affordable and accessible. In addition Daniel Ulbricht wants to  offer dance education programs such as master classes, pre – performance lectures and community outreach projects to help develop and cultivate current and new generations of dance audiences.  http://danielulbricht.com/

The first two classes, that Daniel taught on May 25, 2014,  one for upper level dancers and one for the younger dancers, were a resounding success.   Since then, Daniel  has continued to join us each spring, to continue educating, constructively giving corrections and spreading his genuine love of dance to every student who attends. 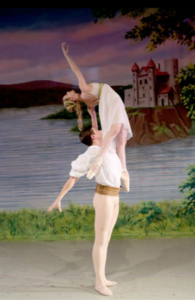 Trevor Naumann and Katie Critchlow – dancers of Utah’s Ballet West – taught the for last master class series that we offered in 2014 on June 1 , 2014.  They too, have returned each year to inspire the students who attend.   In July 2018,  Trevor and Katie were married, in a beautiful ceremony surrounded by their family and closest friends.    We  are so blessed to have them as part of our New Paltz Ballet Theatre family.

Katie Critchlow was born in San Diego, California.  She trained at the San Elijo Dance Academy in San Diego, followed by Pacific Northwest Ballet in Seattle.  She also participated in summer intensives at American Ballet Theatre and Boston Ballet.  She joined Ballet West in 2006 and was promoted to Soloist in 2016.

Trevor Naumann is one of our own, starting his dancing career at the New Paltz School of Ballet.  After dancing at School of American Ballet, he joined Ballet West where he was promoted to Demi-Soloist in 2016.

The New Paltz Ballet Theatre is a 501(c)3 dance company, producing the annual Nutcracker for the Bardavon 1869 Opera House, and hosting educational outreach programs such as its annual Master Class Series and the Ray Delle Memorial Sponsorship for students of its official school, the New Paltz School of Ballet. Serving Ulster, Dutchess, Orange, and the surrounding Hudson Valley communities